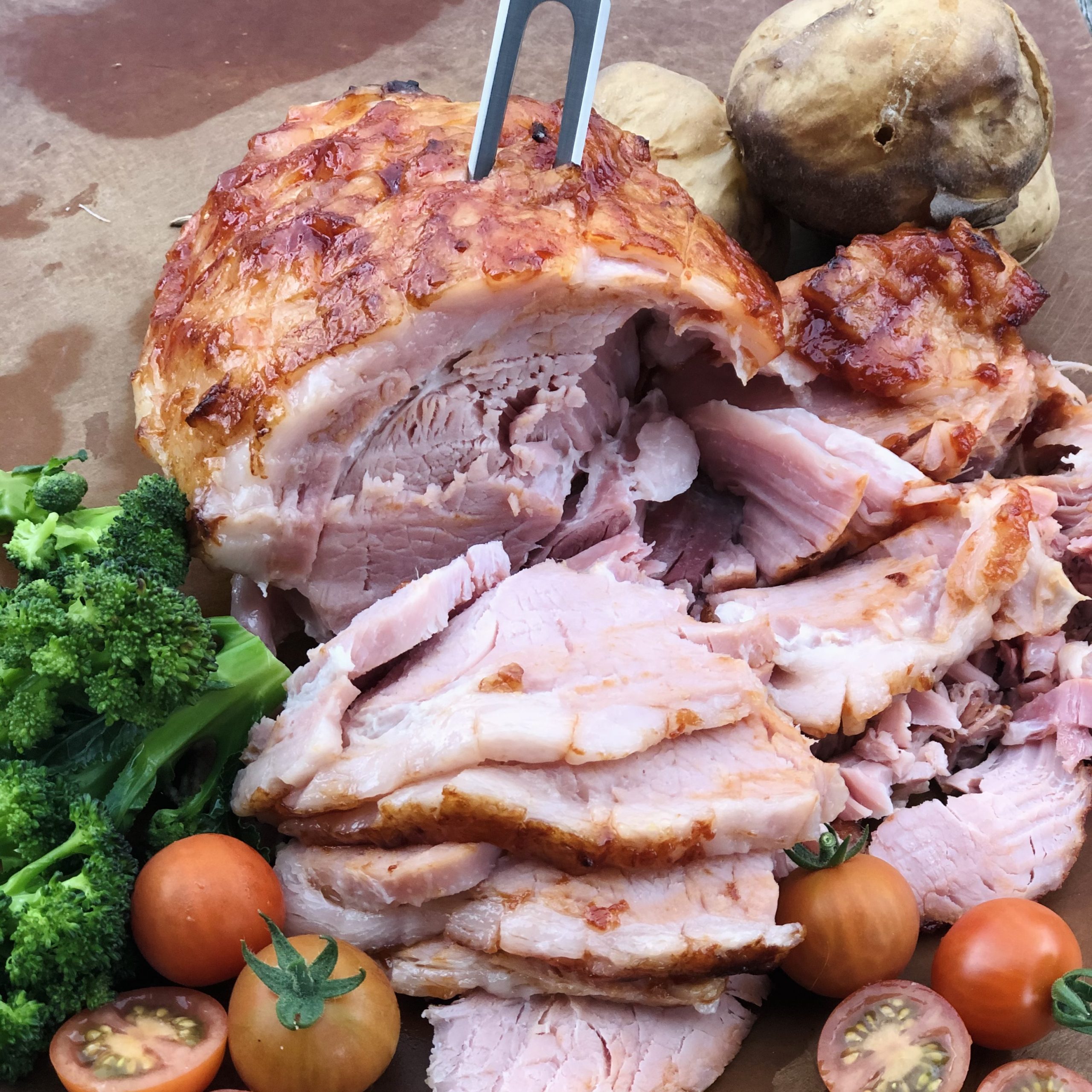 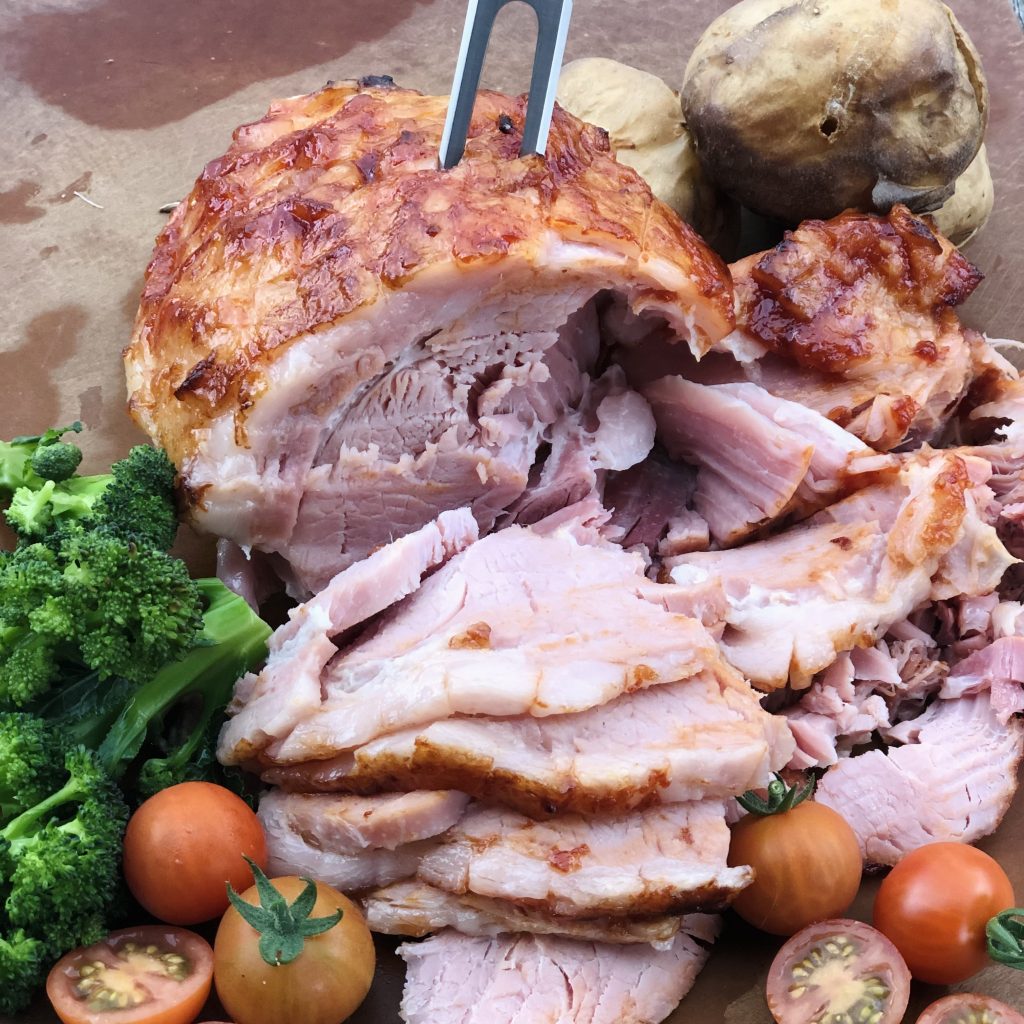 Boiling and baking a gammon can be a very comforting thing. It reminds me of the baked ham with the classic baked ham with parsley sauce that my Mum and Granny used to make (my Mum still does!). It’s also incredibly versatile. Personally, when I think about making a ham, I usually start with it as a substantial protein alongside a salad-style lunch or as an after school dinner with jacket potatoes and vegetables. Leftovers make great sandwiches, and if there is still some left, then I’ll use it in a pasta sauce with mushrooms, Boursin and spinach. With this in mind, I prefer to buy a larger gammon which will allow for leftovers. Any that isn’t used can be frozen and thrown into a sauce for rice or pasta at a later date.

Preheat the oven to 140/275/gas 1. Take the gammon out of its packaging and place in a large casserole dish with a tight fitting lid. Add the peppercorns and bay leaf to the dish and completely cover with cold water. Heat to a simmer on the stove, scraping off any white froth which comes to the surface using a spoon. Discard the white froth.

Once the gammon has reached simmering point, put the lid on top and place it in the oven.

While the gammon is cooking, make the paste. Mix the ketchup, brown sugar and soy sauce in a small bowl and set to oneside. Once the cooking time is up, remove the gammon from the oven. Take off the outer skin and score the fat in 4cm crisscross diagonal lines, creating diamonds.

Spoon the sauce over the scored fat and the sides of the cooked gammon. Place the gammon in a roasting tray and bake for 20-25 minutes, until the sauce has hardened and has started browning.

Remove from the oven and leave to rest for 5 minutes before serving. If you’d like to prepare it in advance, boil the gammon in the morning or the day before and simply bake it 30 minutes before you are ready to eat.

The sauce here adds a deliciously sweet smokey flavour. Yes, the ingredients aren’t healthful but you are using them in small quantities. I like the gammon to have more of a pulled pork texture than cut ham. If you are looking for a firmer meat then reduce the cooking time to 55 minutes per kg.”