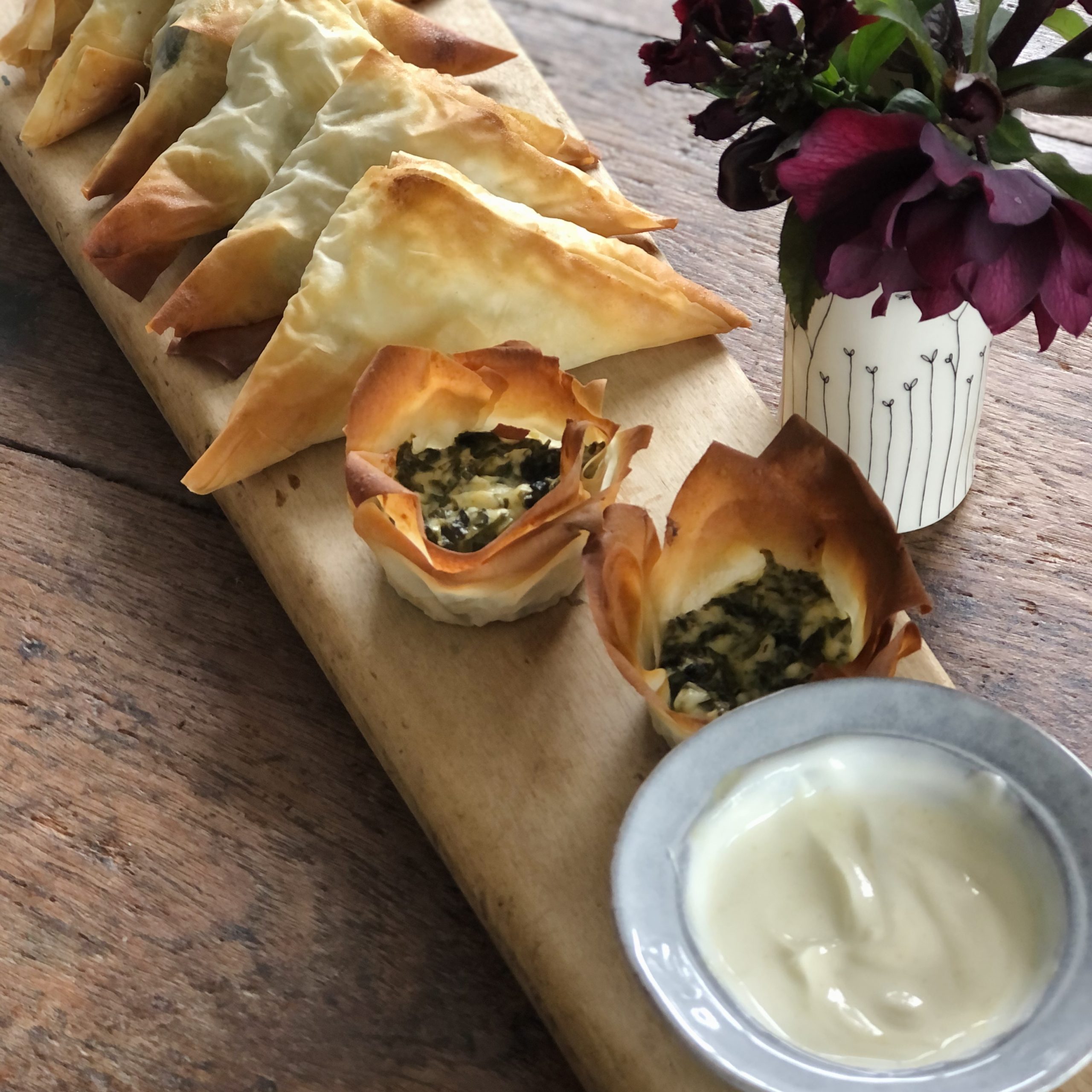 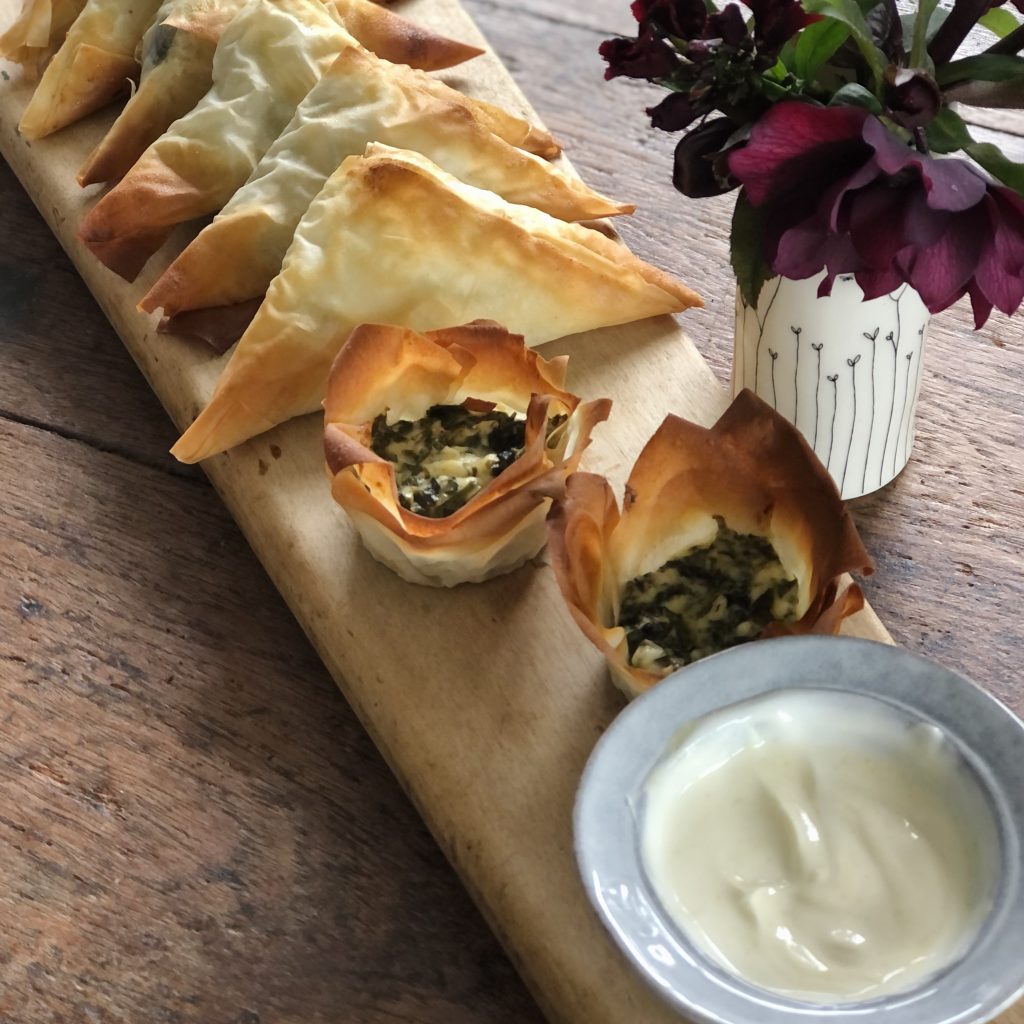 You will need a food processor, a pastry brush, a baking tray and baking paper.

We used to have a version of these in Belgium growing up (minus the spinach) and I also ate them daily when I worked in Corfu. I would steal off to the bakery once I’d finished my morning shift to grab some, and then head straight to the turquoise waters at Avlaki bay to greedily scoff the lot (they were really enough to share but sometimes I’d have two!) These are lighter and smaller and will leave you feeling well nourished rather than stuffed.

Preheat the oven to 180/350/gas 4 and line a large baking tray with baking paper.

Drain the spinach thoroughly in a colander, pressing down hard using a wooden spoon to make ensure there is no liquid left.

Place the wilted spinach in a food processor with the feta, egg and a good grind of black pepper. Blitz until it has formed a paste, but retained some texture.

Take one sheet of filo and lay it out on a large board. Leave the other sheets covered with a clean dry tea towel to stop then drying out.

Using the pastry brush, brush butter over the filo sheet. Take another sheet and place it on top. Cover this with butter as well. Cut the pastry into 3 from the short side to the short side leaving 3 long strips. Place a heaped teaspoon of spinach and feta paste at the bottom of each filo strip. Fold the bottoms of the sheet over the paste to the left to create a triangle.

Next, fold the point end of the triangle over the to create a thicker triangle. Keep on folding upwards in triangles to the top. Place on a baking sheet and brush the top side with melted butter. Repeat until the paste is finished.

Bake in the oven for 10-15 minutes until golden. To make the sauce, mix together the Greek yoghurt and mustard. Enjoy hot or cold!

Ps. You can make mini-tarts by folding 2 squares of filo into a tart tin and adding in 1 tablespoon of the paste. Cook for 10-15 minutes as above.

These are excellent for the freezer. Make a big batch and freeze them on baking parchment flat on a tray. Once they are frozen you can put them in a bag. When you need them, simply preheat the oven, line a tray with baking parchment and cook from frozen until golden.”