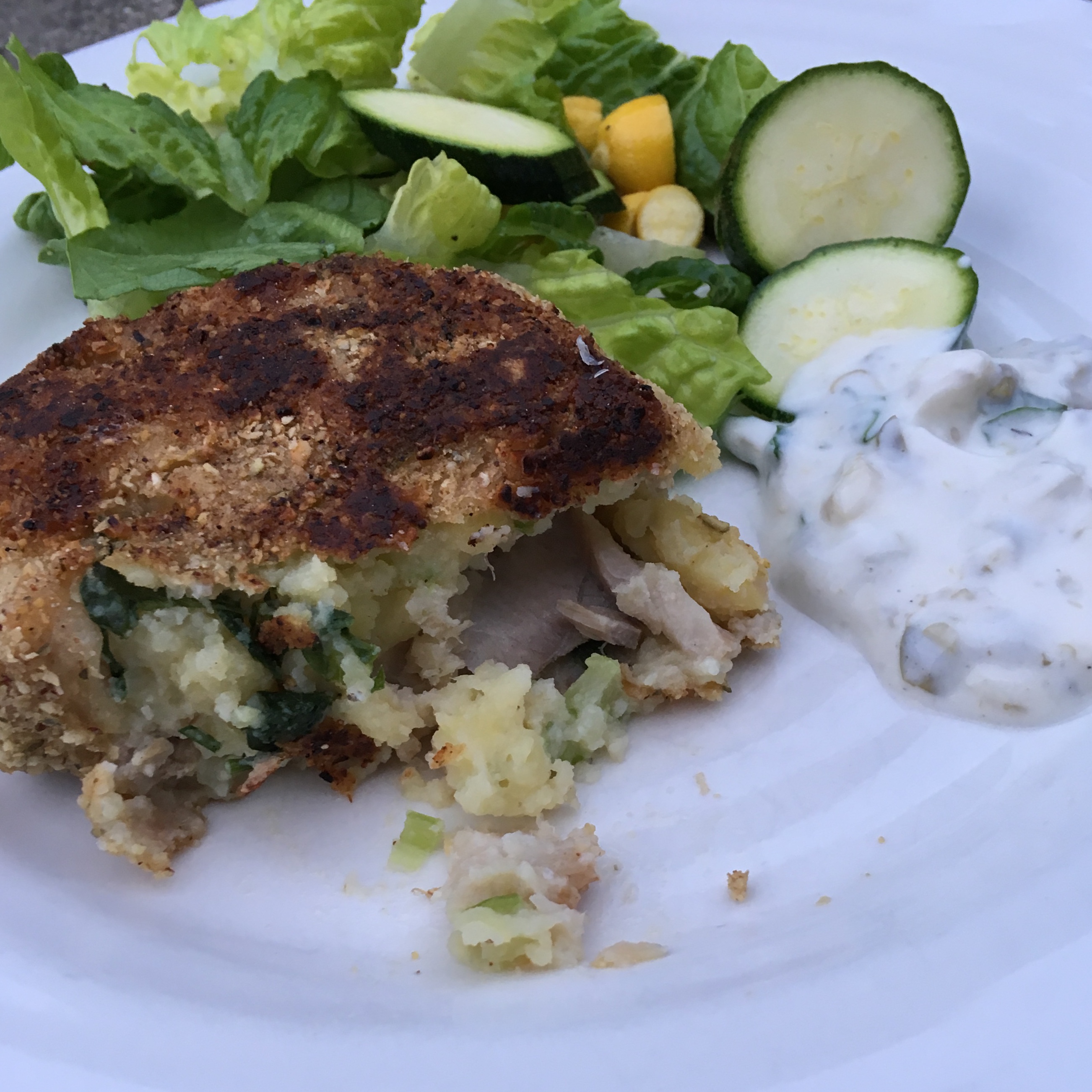 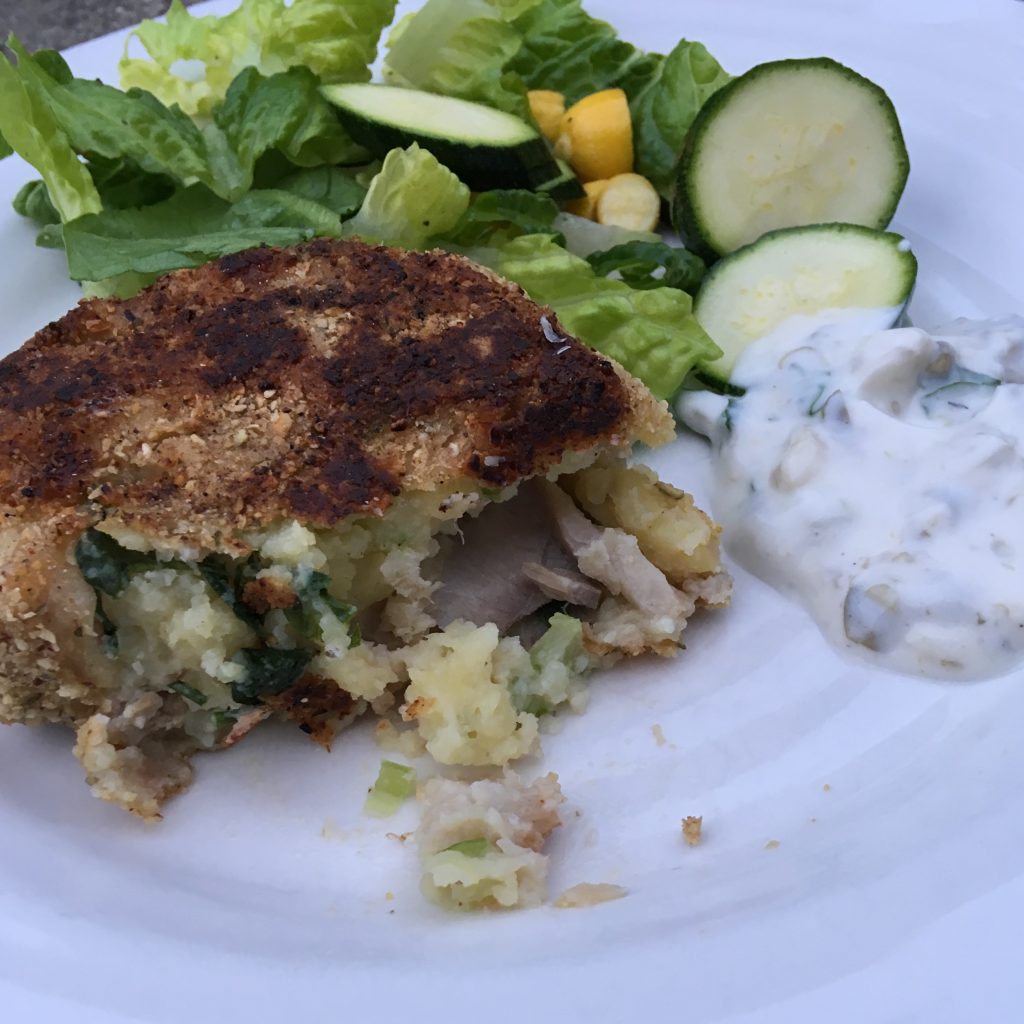 For the caper sauce

I have been dreaming up a new fishcake recipe for a while now. I used to make them alot, but have found that since going gluten-free breadcrumbs don’t excite me. After coming across some excellent smoked haddock and coley in Eastgate Market in Gloucetser the other day, I felt it was the time for a more grown-up, chunkier version which is packed full of flavour. My aim was to use oats instead of breadcrumbs; to celebrate the texture and flavour of the fish; and to be as least a faff as possible (fishcakes can sometimes feel that way).

Preheat the oven to 180/350/gas 4 and line a large baking tray with non-stick paper.

Put the peeled potatoes in a pan of water and bring to the boil and cook until soft enough to mash. Usually around 20 minutes but it will depend on what type of potato variety you are using. While the potatoes are cooking, place the sliced chard, diced celery and sliced spring onions in a sieve and put it on top of the saucepan to steam the vegetables. Cover with a lid and steam for 5 minutes. You might have to turn the potato water down while you are doing this so that it doesn’t boil over. After 5 minutes, remove the vegetable and ‘refresh’ under cold running water until cool to touch. This keeps the vegetables bright green and fresh, otherwise they can go a duller colour whilst cooling.

When the potatoes are soft enough to mash, drain them, add the butter and season well with salt and pepper. Mash and leave to cool.

Meanwhile, make the crust. In a food processor, blitz together the oats, nuts and seeds until they form a fine flour. Add the sumac and some salt and pepper. Lay out 3 bowls on your kitchen work surface. In the first one, put the buckwheat. In the second one mix the egg. In the third one put the oat flour mix.

When the potatoes are cool, chop the fish into 2cm chunks and add to the mashed potato. Then add the green vegetables and chopped chives. Mix into patties and place them one by one into the flour, then the egg and finally dust with the oat crust. Heat the oil in a frying pan until hot but not burning and fry the patties on both sides until golden. I usually start a bit of a production line going – making patties and frying them off, but you can also flour them all at once and fry them all off together – whatever works best for you. Place the golden patties on the baking tray and cook in the oven for 20 minutes.

While they are cooking, make the sauce. Put all the ingredients together in a bowl and mix. Taste and adjust the lemon or seasoning to your liking. Serve with something light and green such as a mixed leaf or tomato salad.

Oats are a brilliant natural source of fibre and protein, and they are often under used in our diets. I find they really help my energy levels and gut, and I use them as much as I can. I am pretty over the chalkiness of pre-made gluten-free bread so it’s nice to have found a super tasty alternative which I know is fueling my body. Move over breadcrumbs – I won’t be looking back!  “