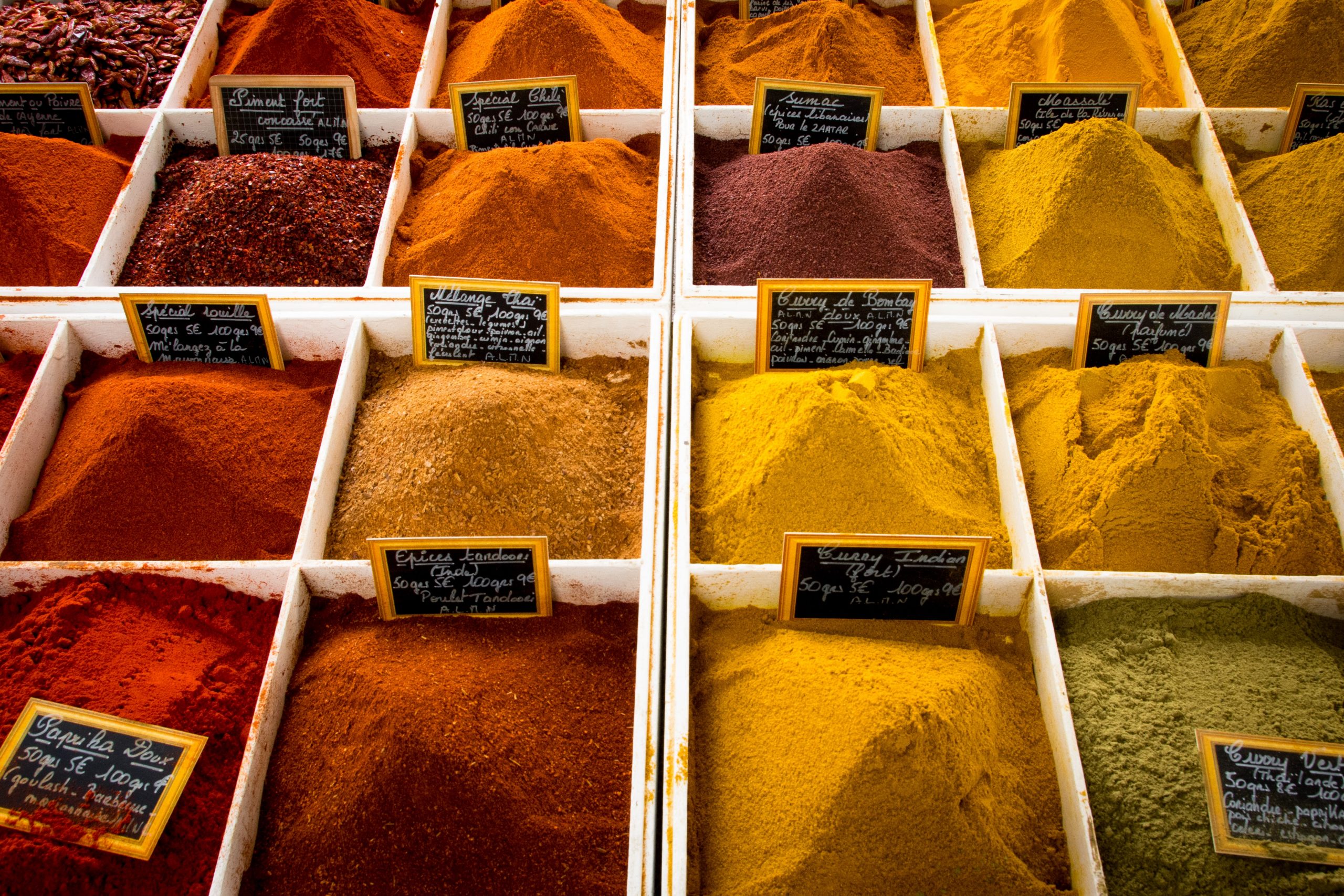 How to cook with spices

Does cooking with spices scare you? Well, let me comfort you by saying you are not alone! Spices can come across as exotic, spicy and mystical. In reality, the are like herbs and can be used in the same way. In fact, there are some spices which we use in cooking which come from the seeds of herbs, like coriander. What spices are not (in general) is hot and spicy. So maybe it’s the term ‘spice’ that has been putting you off as you don’t like hot food? Watch the video to get you confident cooking and grinding spices.

If you think of spices in three layers, you have the really mellow, base layer flavours of cinnamon, turmeric, sumac, nutmeg, cloves, and paprika which add warmth to stews, soups, curries, and roasts. Then you have the medium flavours which add interest and depth such as cumin, coriander, fennel, star anise, cardamom and garam masala. Finally you have the top punchy layer which adds a good kick. The spices in this layer include chilli, ginger and cayenne pepper. You’ll only usually need a teaspoon of the base and middle layer and a pinch of the top layer. 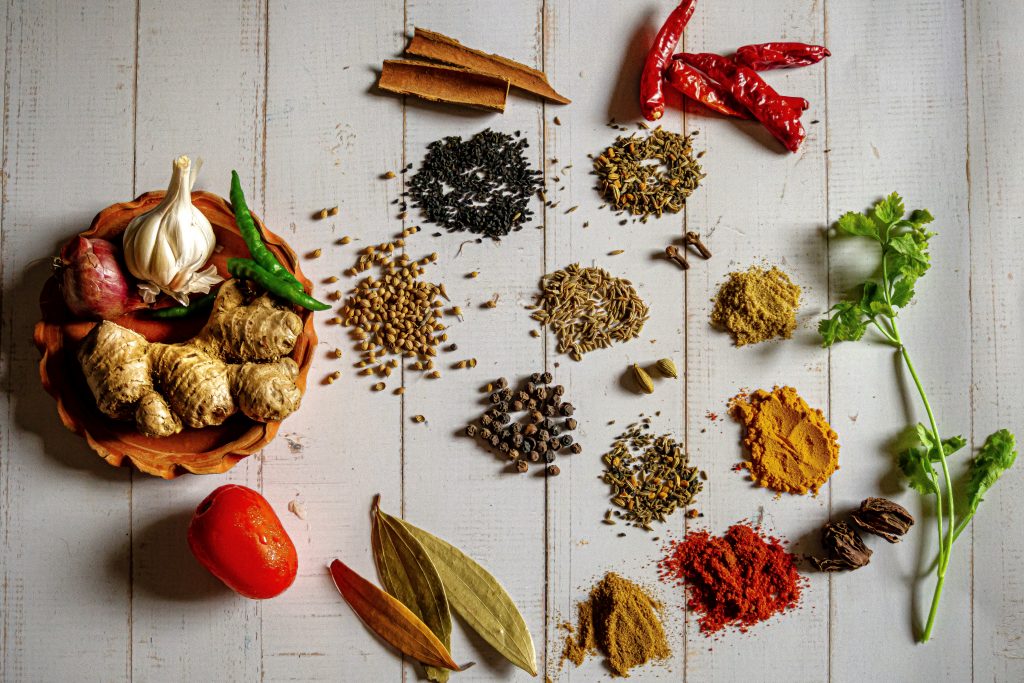 These are my base store cupboard spices which I play around with in meals to create different flavours. There is are more such as mustard seeds and fenugreek which you can explore too. The beauty of using spices in cooking is that you can turn a method that you might be really comfortable with, such as a casserole or roast, into a curry or spiced feast. The actual cooking technique remains the same, you are just adding in different flavours.

You don’t have to buy whole spices as ground ones work well too. There is just something lovely about the aromas of roasting and grinding down whole spices and really waking up your senses to what you are cooking. My top tips are to have a go (what’s the worst that can happen?), don’t be scared and use your intuition. Add bit by bit and smell and taste as you go.